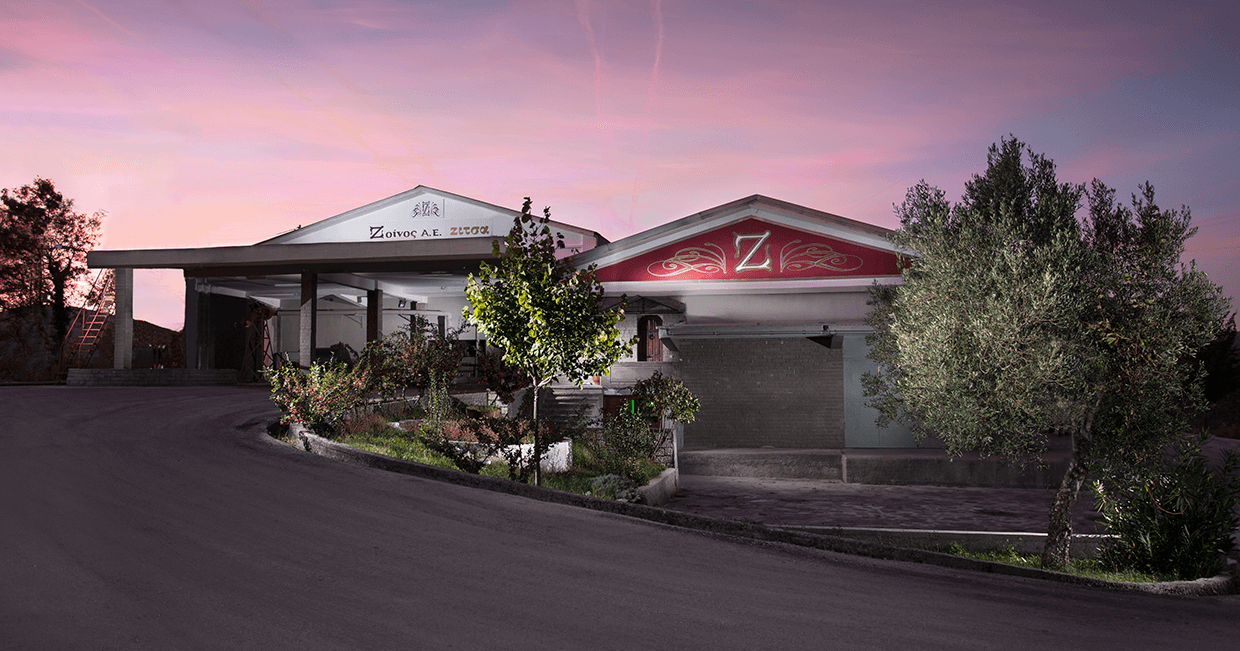 « BACK TO THE MAP

Epirus – the Apiros Chora (=infinite land) as was once known because of its size as well as for the magnificence of its landscape – present not only a rich history but also a tradition full of wine. At Zoinos Winery this tradition lively remains waiting for the visitors to consume the wine of Zitsa.

How can we introduce visitors to Zoinos Winery’s profile?

Zoinos Winery is no other than the well-known cooperation winery of Zitsa, the pride of Epirus with elements of deep locality. It was established in 1954 by the region’s vine-growers, who are distinguished by their restless and progressive spirit. Let us not forget that Greece’s most famous national benefactors came from Epirus…

The establishment of the cooperation started with a small winery, in a time when the marks of war were still fresh, but the struggles, the efforts. and the products of high quality led to the construction of a modern winery under the umbrella of Ioannina’s Union of Agricultural Co-operations, in 1973. In 1972 the viticultural region is indicated as P.O.D. Zitsa and in 2006 the winery separated from the U.A.C. creating Zoinos Winery, as we know it today.

Between a contemporary and emerging environment, the winery uses the collaborating vine-growers’ grapes from local varieties such us Debina, Vlahico, and Bekari together with the cosmopolitan Chardonnay, Traminer, Merlot, and Cabernet Sauvignon. The vineyard is located at an altitude of 700m in the sloping ground facing the Ionian Sea, where its winds create mild winters and cool summers. These elements in combination with the local grape varieties produce sparkling and still wines (P.D.O. and P.G.I.) plus a unique Tsipouro (Greek alcoholic beverage created from the distillation of the grape marc) 100% made of Debina variety. 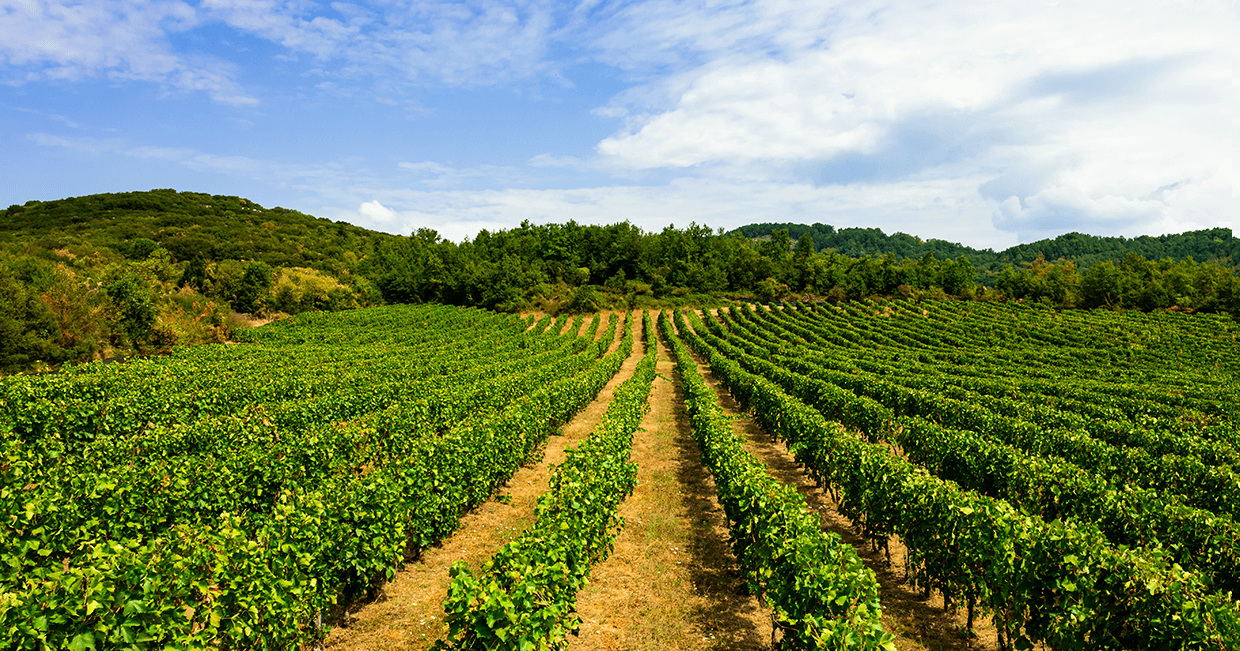 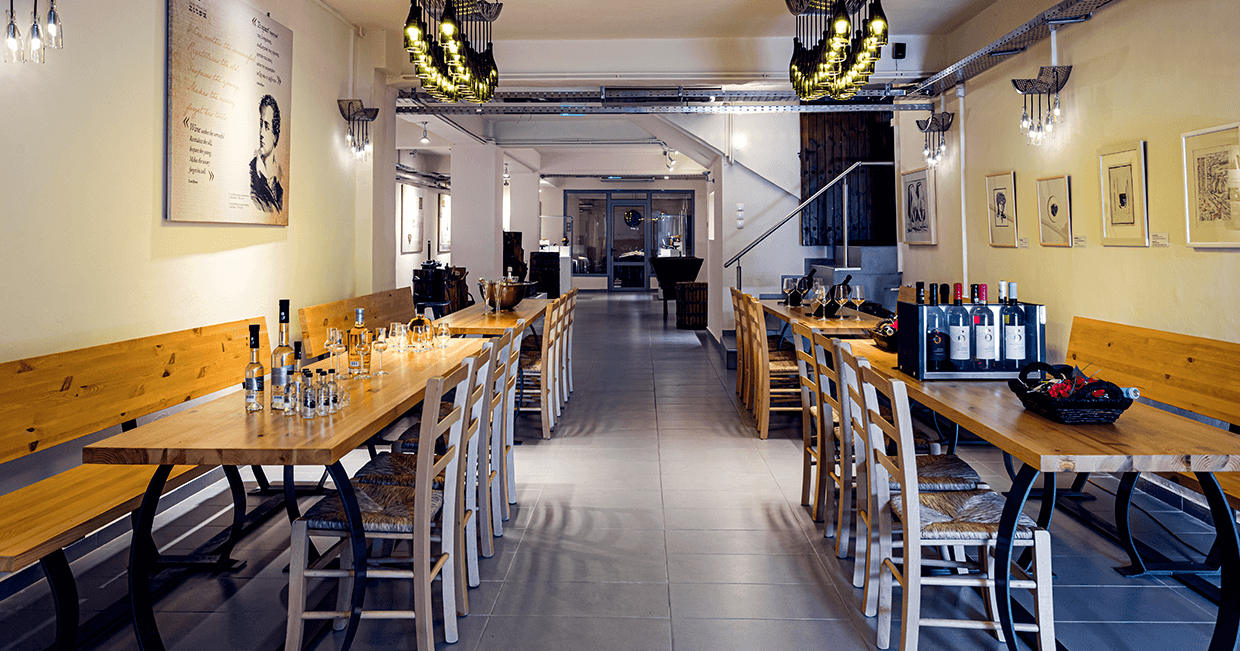 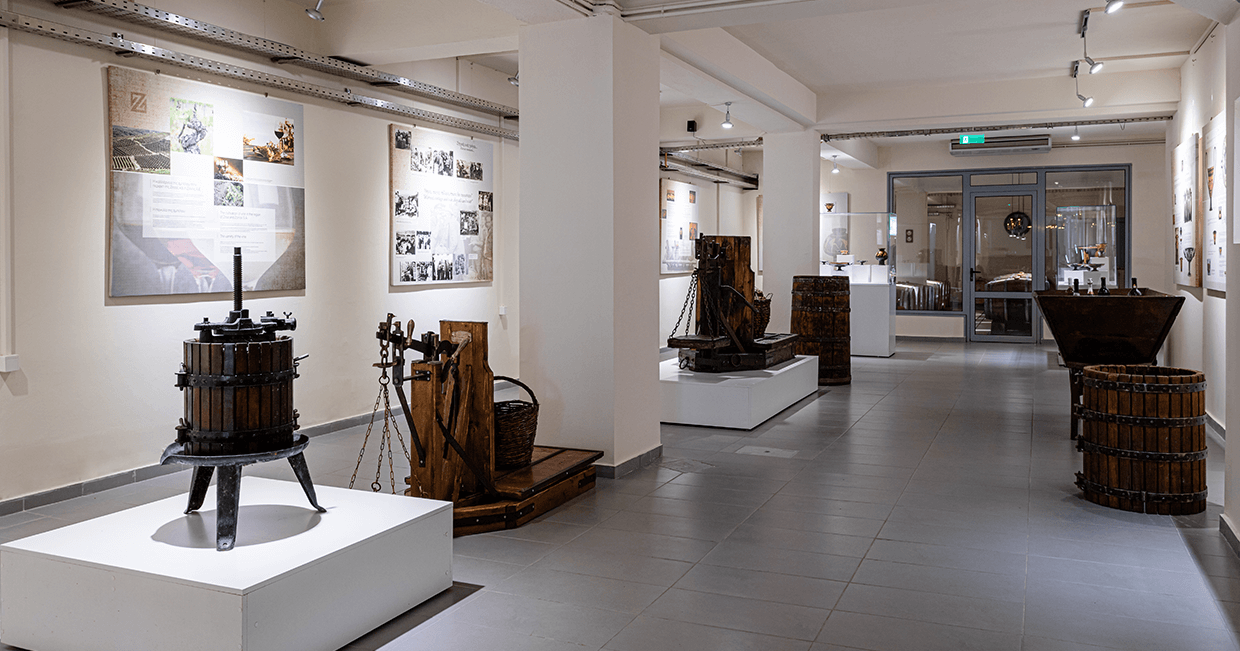 What should the visitors expect to experience in Zoinos Winery?

The winery’s and distillery’s facilities are located 26 km northwest of the city of Ioannina and they are open all year long, offering tours in the production areas. Also, they have an exhibitional room where the visitor can retrace Zitsa’s wine history and at the same time learn information about wine’s place in Ancient Greece and Greek mythology. The tours are concluded with wine and spirit tastings accompaniment to viands from Epirus.

• Winery’s tour facilities are suitable for individuals with disabilities.
• All visitors are provided with special prices in both wines and spirits.
• Zoinos has the “Open to the Public Winery” sign.

Which two labels should visitors take with them, as a reminder of their visit?

The white “Epiloges Debina” and the red Vlahico will satisfy everyone’s taste!

The white label called “Epiloges Debina” is a dry wine with the P.D.O. Zitsa indication. It is produced by the homonym variety which exists only in the Epirus region and especially in Zitsa, and its grapes are organically cultivated in the mountainous viticultural county of Pouria. It has a yellow-gold color with greenish highlights and complicated fine aromas of apples, pears, and citrus, followed by hints of citrus fruit flowers. Its taste leaves a rich and full sensation from the quick stay with its fine lees and a discreet acidity balancing the final picture. This whole composited portrait ends up in an aftertaste full of white peach aromas,.while it gives the wine the ability to become a gentle date to plenty of recipes such as white meat with yellow sauces, grilled meat, and of course all-time classic Epirus’ pies.

The Vlahico is red local variety – found only in Epirus – which is cultivated by Zoinos Winery and marked with the P.G.I. Ioannina indication. The wine ages for 12 months in French and American barrels and remains another 12 months in the bottle before it is poured in our glasses: ruby and bright. Its aromas are characterized by an intense fruity and spicy bouquet from which the hints of red fruits, dried plums, black pepper, and chocolate stand out. The longtime aging has enriched the wine with a velvety taste since its tannins have a discreet presence and at the same time, its aftertaste appears pleasant, followed by matured clues of fruits and chestnuts. It is a rich wine that loves to be drank with red meats,.grilled or cooked, risottos, matured yellow cheeses, and of course deli meats.

What are the highlights of the wider region the visitors should not miss?

By its whole history, Epirus was a special site: it became a famous kingdom with Pyrros,.a “pashalik” (= area under the control of a pasha during the ottoman empire) with Ali Passa and a field of heroic battles in 1940. All the above have left their marks on this land and the tourist routes are too many.

At Zitsa, the traveler can visit the Ancient Passarona near the Megalo Gardiki village, 10 – 11 km north-northwest of the city of Ioannina,.where the remains of the ancient fortified city are being saved, while at the hill’s edge, 2 km north of the acropolis, the ancient temple’s relics are being kept. Inside the village, he will be able to visit the Engraving Art Gallery,.one of its kind creation in Greece, of the significant Zitsan painter, Costas Malamou (1913 – 2007). The gallery includes a permanent exhibition that counts 425 artworks, dating from the ends of the 19th century to nowadays.

Letting Zitsa behind us, with destination to the city of Ioannina (or Yanina) the visitor can experience a flashback in time since the city with its castle has preserved intact, its architectural characteristics. The Ioannina’s Castel, where Ali Passas also lived, was built in 528 A.C. by King Justinian. The element of water has a strong presence here, with Pamvotidas’ inshore docks offer, all at once, walks, and gastronomic stops at the small shops and restaurants. Inside the lake, only 10 minutes away by boat, there is an island resided by fishermen. Not far away, the path around the lake leads to one of Europe’s most beautiful caves,.called Perama, which counts 1,5 million years of history. 14 km south of Ioannina the exhibits of the National History Museum “Pavlos Vrellis” – also known as the Wax Museum – bring back to life Greece’s historical events.

Finally, Ioannina’s Art of Silver and Gold remains one of the most important expressions of the local culture. Epirus’ wire or casting jewelry, the fantastic “Jovairia” as they named in the local dialect, used to be famous even outside the Greek borders. Delicate earrings, elaborate pendants, unique buckles, and various decorations made of silver,.are only a small touch of the artworks’ range that visitors can find, admire, and buy from Ioannina’s market.